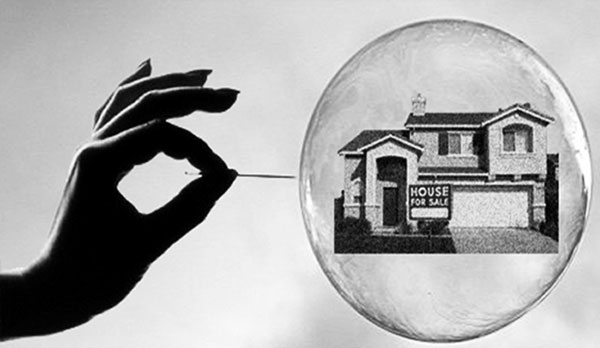 Is the Housing Correction Almost Over?

A number of news items in recent weeks have focused on the state of Canada’s housing market, with some hinting the worst of the correction may be behind us, and others suggesting more weakness to come.

For example, CMHC says overvaluation risks are subsiding in some of the country’s hottest markets, while the B.C. government is predicting that the end of its housing correction is in sight.

On the other hand, B.C.’s finance minister said she still expects house prices have a way to fall and the latest CREA stats for January show a national market that’s continuing to soften.

Here is a roundup of just some of those reports:

Moderating house prices in Canada’s largest housing markets are easing concerns about overvaluation, according to a report from the Canada Mortgage and Housing Corporation.

While national and local housing markets still show a degree of risk, the CMHC reported that overvaluation concerns in Toronto and Victoria are now “moderate,” down from a “high” rating in October.

“In Toronto, we see sort of an easing of the pressures on overvaluation because house price growth has moderated,” said CMHC’s Chief Economist Bob Dugan. “But fundamentals are still growing at the same rate, at a strong rate.”

Vancouver remains the only major housing market with a “high” risk rating, despite falling prices and efforts from policy-makers to introduce measures to put the brakes on the market.

The budget tabled by the B.C. Government this week forecasts an end to the province’s housing correction and an increase in property tax revenues.

The budget introduces no new taxes but is betting on an increase in revenues to the tune of $2.4 billion, aided in part by a 4.2% increase in property tax revenue.

The province’s finance minister, Carole James, told reporters that she believes the market has reached a stable point, but that prices have not yet fallen far enough for the market to be considered affordable.

“I believe there is more [correction] to go,” she said. “We are seeing things move in the right direction.”

Vancouver area home sales are down a total of 39% compared to the same time a year ago, while the benchmark price for a single-family detached home is down more than 8%. A recent TransUnion Canada report found that B.C. led all other provinces with the largest year-over-year decline in mortgage originations in Q3.

Following years of red-hot growth in Canada’s largest housing markets, a majority of analysts polled by Reuters expect years of subdued growth that will come in less than inflation.

“The stars are aligned for further strengthening in activity in the rental market: demand coming from atypical jobs and immigration, higher rates restraining some households to buy a home, (and) the preference of millennials to delay the purchase of a home later in their life cycle,” noted Sebastien Lavoie, chief economist at Laurentian Bank Securities.

Sal Guatieri, senior economist at BMO Capital Markets, said incomes across the country are likely to rise faster than house prices, which would be a reverse of many years of house price growth outstripping income gains “by many multiples.”

Montreal is on track to become the country’s second-largest housing market, surpassing Vancouver.

The dollar value of real estate transactions in Vancouver has been in rapid decline, falling to $1.7 billion in January, down 42% from 2018 and its weakest year since 2013, according to the Canadian Real Estate Association.

Montreal, on the other hand, saw real estate transactions rise to $1.63 billion in January, an 18% increase from the year before.

While Montreal’s average home price of $349,300 is significantly lower than that of Vancouver’s ($1.02 million), the city has seen a surge in transactions and remains one of the most active markets in Canada.

Toronto continues to have the most transactions at $5.4 billion in January, though that is down from the $8.5 billion recorded a year earlier.

With Canada’s overnight lending rate having risen five times since the summer of 2017, younger Canadians are feeling the impact on their spending more than other households.

More than half of young Canadian households (aged 18 to 34) reported that their spending has been curtailed (vs. 42% of 35 to 54-year-olds), according to a survey conducted by Nanos Research this month.

The survey found that 46.2% of overall respondents reported no impact on their spending habits whatsoever, down from 49.6% in October.

This entry was posted on February 25th, 2019 | Posted in General