Kasita | The Future of Affordable Housing? 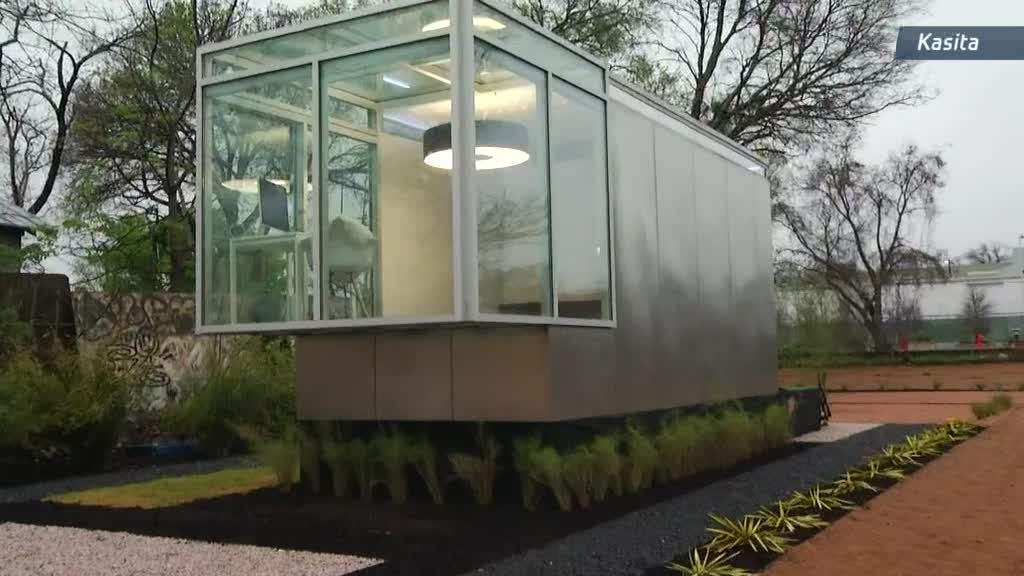 Professor Jeff Wilson wants to create the "iPhone for housing". He thinks we need to shed our preconceptions of housing as dependent on land and instead consider his plug-and-play shelter.

His Kasita units are not just tiny homes- the prototype is 208 square feet-, but they fit onto a “rack” to become part of “a vertical, high-end, design-yet-affordable, urban trailer park”. “Think about an RV park”, explains Wilson, “it’s a vertical way to do that: so you own your RV and you park it in a slot, this is a structure that these can go vertically.”

Born into the zeitgeist of the Tiny House Movement, Kasita goes far beyond size with its housing-as-a-service. “The problem with tiny houses is the coding, the permitting and the land. And the land’s the most difficult issue to solve because the folks who usually have the land are not the folks that need affordable housing. So our model allows the folks that have the land to highly monetize that land while providing home ownership to someone.”

The Kasita is built according to international building code and the unit and rack structure is zoned as multi-unit housing. Kasita, according to Wilson, isn’t a real estate firm, but a product company. They’re not just selling their “iPhones for housing”, but they’re selling the racks so anyone with a bit of land can create their own “vertical, high-end, urban trailer park”.

If Wilson and his team can sell enough racks around the country, these modular units could become truly mobile: the idea is, in the future, owners could request a move via an app on their phone.

“So folks aren’t going to be flying around all the time in their Kasitas, but in 5 years let’s say you want to move your Kasita, we can pull you out of that rack, put you on an 18-wheeler truck and move you to another rack or put it in a backyard. So you’re no longer bound to the land that you own your house on and we think that that’s the way that the world is moving.”

Wilson was inspired to attempt to revolutionize housing while, as a college professor, he tried living in a 33-square-foot dumpster for 10 months. In 2016 he built the prototype and later this year he plans to launch the 320-square-foot production model at 3 locations in Austin. There will be an option to rent or buy and while Wilson hasn’t released the price, he says it will be affordable even to a barista.

This entry was posted on November 19th, 2018 | Posted in General