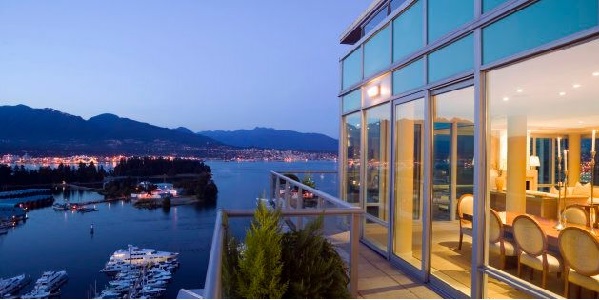 Metro Vancouver at 'epicentre' of further downside in BC housing prices: report

For the third consecutive year, annual resale transactions in BC real estate will continue to decline, resulting in the fewest home sales since 2013, according to a new report released today.

The latest Central 1 economic forecast said that any hopes for a better year for BC’s housing market were “dashed early as the culmination of federal and provincial policies continued to weigh heavily” on demand.

“Prospective buyers are on the sidelines,” it added. “Some involuntarily, as they no longer qualify for enough financing under new mortgage lending restrictions.”

Still, others are biding their time “until declining prices settle in the market.”

Overall, the report found that the median resale price is forecast to fall by 4.1% this year, to $515,000, largely in part as a result of falling values in Metro Vancouver and Kelowna, as well prices on Vancouver Island falling from peak.

And “soft” house prices are expected to continue over the next two years, with with the median price topping out at $516,000 in 2021, the report said.

“Housing starts are holding steady from 2018 but a sharp pullback is expected in the second half of 2019 as weakening resale market and pre-sale conditions cool construction,” it added.

That said, levels will still be “moderate” and above 2016 levels.

“Early 2019 home sales continue to deteriorate as federal and provincial policies continue to weigh on demand and lead to price declines among some of the larger urban markets,” it noted.

Households continue to be “constrained” by a number of factors, combination of federal B including the speculation tax, expanded foreign buyer tax and other measures, the report said.

Weak home sales are prevalent across the province, and provincial regulations layered onto this policy are depressing sales further, it added.

Though many prospective sellers are opting to sit out the current downturn—a reflection of the strong labour market environment and that some sellers do not need or want to sell at lower prices—inventory is rising as listings “languish,” the report said.

Prices are falling and areas in West Vancouver, as well as on the west side of the City of Vancouver have been hit “particularly hard,” with instances of 20% declines on multi-million dollar properties, the report found.

While average and median home price trends are influenced by sales composition, general declines are modest at about 7% from peak according to benchmark values published by the regional real estate boards.

Despite the numbers, the report noted that the “steep decline in resale transactions has yet to be felt in the pace of new home starts,” which has remained strong in early 2019.

It noted that BC is coming off another “stellar” year of starts in 2018, which saw nearly 41,000 housing break ground.

“Firm construction trends have continued into this year with April starts at the highest level in more than a year,” the report said. “Through the first four months of 2019, housing starts were virtually unchanged from 2018, albeit with deviations among metro areas.”

The report says the “weak” conditions it mentions are forecast to continue as households further adjust. Overall, the benchmark price is forecast to decline through 2019 before flattening thereafter.

And its weak activity in Metro Vancouver that is contributing to fewer recreational and retirement home purchases in other markets, as homeowners face lower price/equity and difficulty selling their properties.

The report noted that home sale deterioration is forecast to end in the first half of 2019, with a “mild pick-up” in the latter part of the year as firm economic conditions underpin a recovery, and “initial impacts of policy measures fade.”