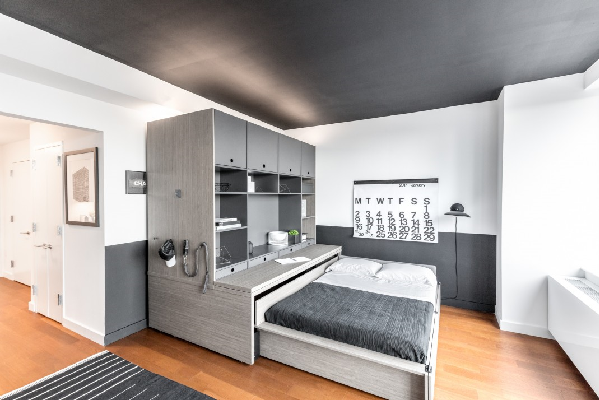 Robotics-engineer-turned-entrepreneur Hasier Larrea wants to give furniture superpowers. In response to rising rents and populations in global cities, he has created a tool to make small spaces work harder with robotics.

As head of Architectural Robotics research at the MIT Media Lab, Larrea spent 4 years developing strategies for “living large in a small space”: his team created an “army of furniture with superpowers” and built a 200 square-foot living laboratory focused on using mechatronics (electronics plus mechanical engineering).


Now, his company Ori- Japanese for “to fold”- has created robotic furniture that transforms into a bedroom, living room or an office with the push of a button.

Ori System’s first offering (widely available in early 2017) is a morphing wall that divides any studio into separate spaces by pushing a button for one of the presets: living room, bedroom and office (the lighting is also preset to change for the individual rooms). The unit, designed by Yves Béhar, resembles a large wall of shelves with a closet, drawers, pop-out desk and a trundle-style bed which slides out automatically when the bedroom setting is pushed.

What makes the system function is fairly simple: a mechanical actuator to slide the bed and the wall, embedded sensors for safety (the furniture stops morphing if motion is detected, similar to a garage-door opener) and the computer portion leaves the system open to be upgraded with new apps (with future versions of the software, the unit could be controlled by voice or gestures). The furniture can be controlled by smartphone so users can set up their space before arriving home. 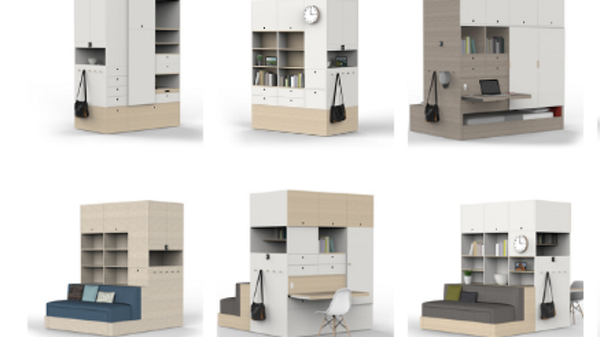 Ori is currently rolling out the product in three cities (Boston, Seattle and Washington, D.C.), working directly with commercial and residential real estate developers (we filmed with him in Skanska’s Watermark Seaport building in Boston).

Larrea says that future iterations of the product will take advantage of vertical space by moving a bed or table to the ceiling when not in use. Ori is launching with two options- systems for a full, or queen, size bed- and customizable storage and cabinetry colors, but in the future Larrea hopes that his creation will scale to serve even the DIY/maker community.