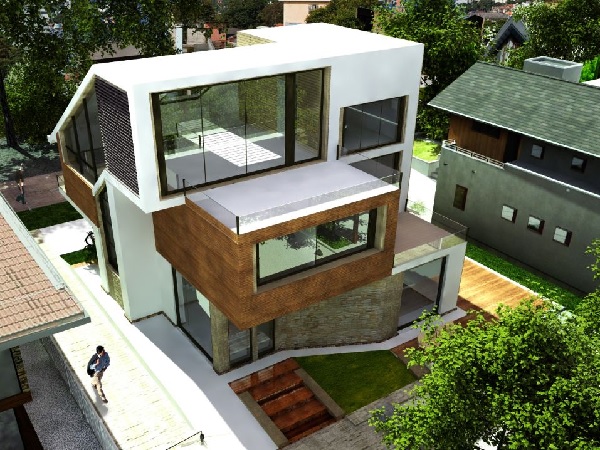 Why 3D Printing Is The Future Of Housing

Technology has drastically changed our lives over the years. Books, movies, and music have become digitalized. Cars are becoming computerized. Smartphones we carry in our pocket are more powerful than supercomputers from the mid 90’s. However, there’s one major aspect that has largely remained the same. And that is housing.

But that will all change with the advent of 3D printing, which will allow houses to be constructed in a fraction of the time AND cost compared to current construction methods. The best way to illustrate this is to cover a few of the many companies springing up around the world working hard to implement the technology.

Starting with Apis Cor. Apis Cor is based out of Russia and they made headlines in 2017 when they Printed a house in Stupino Russia in just 24 hours! The house is made out of a concrete mixture that lasts for 175 years. And they accomplished this using an incredible Apis Cor Mobile 3D printer that can be transported to the construction site. The printer has a stabilization system allowing it to operate without attaching it to anything. Set up only takes 30 minutes and only takes two people to operate. It has a printing zone 132 square meters and in order to build larger structures, you simply move the printer elsewhere on the construction site or you can have two or more printers synchronized with each other. The companies eventually want to be able to cut the cost of construction to a point where the tiny house they built in Russia would cost around $10,000 including windows, doors, electrical wiring, plumbing, and other bare necessities. The prototype house has a unique design on purpose to showcase the flexibility of 3D printed houses. With 3D printing, houses will not be limited to rectangular shapes, they will be able to be any shape. On top of that, houses will be able to be printed from a variety of materials.

And this takes us to WASP. WASP is a 3D printing company based out of Italy, and they recently completed a project called Gaia. Gaia is a tiny house constructed at a cost of just $1000 using a modular printing system called the Crane Wasp. The system consists of the main printer unit that can be assembled in different configurations allowing for the construction of larger structures. While the system can print structures out of concrete and geopolymers, it can also print from materials found right on the construction site. The foundation is made out of concrete and the roof out of timber but the 3D printed walls are made out of 25% of soil taken from the site, 40% from straw chopped rice, 25% rice husk and 10% hydraulic lime mixed in a wet pan mill. For a house largely made out of dirt, the inside looks considerably sleek and cozy. This demonstrates how useful and economic 3D printing can be for creating shelters for disaster relief. Or anyone else who needs a quick crash pad for the cost of an iPhone.

So 3D printed construction will be fast and cheap, but when and where will we start seeing people live in 3D printed homes? The answer is, 2019, in the Netherlands who could use automated construction methods as the country has a shortage of bricklayers causing high construction costs.

This is something that the construction company Van Wijnen hopes to solve. They are working with the city of Eindhoven to build the world’s first community of 3D-printed houses. The community will consist of 5 houses printed out of concrete. And each house will have a progressively more complex architecture than the one before it building off what the team learned from each one. The company is approaching the project as if it was a sculpture garden with a futuristic aesthetic. Based on these renderings, the project is going to look incredible once completed and I can’t wait to see it!

And it appears the locals are excited as well since the waitlist has 20 people for the first house alone. Hopefully the project will be successful and hopefully, we will start seeing other projects like this around the world. As it stands now, it appears housing will finally catch up to the rest of the amazing technology in our lives.