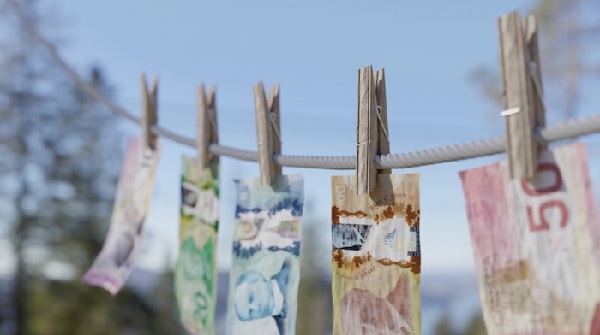 A report prepared for the British Columbia government says about $7.4 billion was laundered through the province in 2018. More than two-thirds of that money, about $5 billion, was used to buy real estate.

It is estimated that money laundering activity raised the benchmark price of a home in B.C. by an average of 5%. Popular and high-priced markets like Victoria and Greater Vancouver likely felt even bigger impacts, but separate numbers were not provided.

The report by Maureen Maloney, a law professor who chairs B.C.’s expert panel on money laundering in real estate, says the problem is even worse in Alberta, Ontario and the Prairies. It is estimated that more than $40 billion was laundered through Canada last year.

The B.C. government is taking aim at money laundering in real estate with the Land Owner Transparency Act. The legislation would create a public real estate registry that would clearly show who owns what. One estimate, from 2016, put one-third of the most expensive properties in the Vancouver region under the ownership of opaque entities such as numbered companies.

The Maloney report goes a step further though, recommending the province implement “unexplained wealth orders”. These would force people to prove they made purchases with legitimate money or have their property seized. The orders would not require criminal charges or even any evidence of criminal activity. They have been roundly condemned by civil rights organizations.